Create your own 6 pack of beers:
(scroll down for descriptions)

Estrella Galicia
Estrella Galicia Lager is a premium beer, produced using pilsen and roasted malts, and hops of the Nugget and Perle Hallertau varieties. Offering a traditional flavour of marked bitterness and refreshing aftertaste with every sip, this is a light and refreshing beer, easy to drink.

Many Hands Brew Co Merida Rye’d On! Rye Pale Ale
Rye’d on! is brewed with an addition of honey malt and hopped with both EKG and Simcoe to emphasise the subtle sweet malt bill and spiced notes from the rye.

Curious Brew
A premium lager of purity and freshness brewed using Galaxy and Cascade hops and the finest English malted barley. Then for a cleaner, fruitier and more aromatic finish, re-fermented with Champagne yeast and a ‘dosage’ of rare Nelson Sauvin hops.

Portobello London Pilsner
The best quality imported German Pilsner malt and a blend of German and Czech Saaz hops contribute to a beautifully rounded craft lager which manages to be both refreshing and satisfying. (PAST BBE SALE!)

Schneider Weisse Aventinus Eisbock
Matured in a special freezing process following a special recipe, with a soft, elegant body, but still intensive. Spicy flavours of plum, banana and clove reveal themselves along with a hint of bitter almond and marzipan. Tempting as digestif, to crepes, dark chocolate, Tiramisu and fully ripe parmesan cheese. 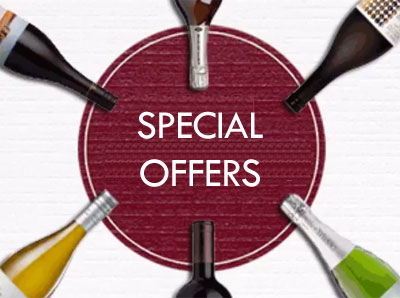 We are always looking for new wines to experience, so don't forget to check out our latest arrivals.